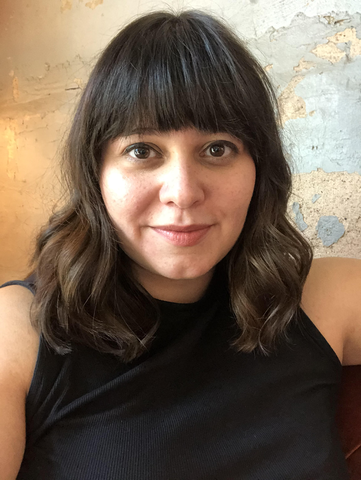 Veronica joined ACLU-DC as a Campaign Organizer in August 2021. Her role involves supporting in designing and executing sustained organizing campaigns to build power and community engagement among D.C. residents.

Veronica is an immigrant, abolitionist, and committed community organizer with 8+ years’ experience in housing and migrant justice. Prior to joining ACLU-DC she worked as a bilingual tenant organizer in the District of Columbia. She has worked to build multi-racial-lingual-and-generational tenant power and leadership in areas such as the Tenant Opportunity to Purchase Act (TOPA), housing conditions, and rent strikes. Her campaign organizing work includes the fight to shut down immigrant detention centers in Texas; the Reclaim Rent Control campaign to strengthen and expand DC’s rent control laws; joining in solidarity with Excluded Workers who’ve been left out of federal and local relief plans during COVID, and whose two historic wins include $55 million total in cash assistance; and being a core organizer in the Cancel Rent DC coalition in the effort to pass legislation that will protect residents who’ve been economically impacted by the pandemic.

Veronica is originally from Chihuahua, Mexico and grew up in Texas. She is a graduate of the University of North Texas where she received her B.A. in Psychology, English Literature, and Spanish. She is a Death Doula in training, a certified yoga instructor, an avid reader and writer, bad karaoke singer, a long-distance runner, and a lover of cats, nature, and community.