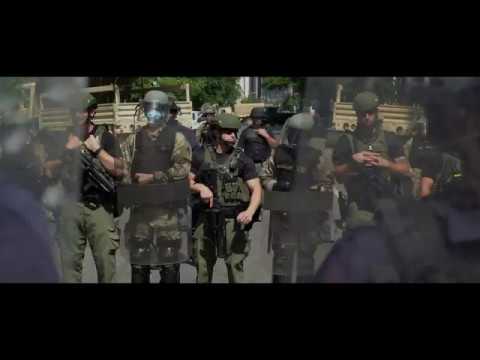 Dustin Foley and his 15-year-old daughter, identified as “E.X.F.,” were added as plaintiffs in the case by The Washington Lawyers’ Committee for Civil Rights and Urban Affairs, Lawyers’ Committee for Civil Rights Under Law, the ACLU of the District of Columbia, and the law firm of Arnold & Porter, after an investigation revealed MPD officers deployed tear gas at protestors attempting to escape Lafayette Square.

Foley and E.X.F. had come downtown to protest and deliver peanut butter and jelly sandwiches and water to protestors at Lafayette Square. When federal law enforcement agents started clearing the square for President Trump’s appearance in front of St. John’s Church, they pushed protesters westward on H Street. Foley and E.X.F. fled towards 17th St., where they encountered a formation of MPD officers blocking two sides of the intersection. Foley and his daughter were already coughing from the chemicals unleashed by the federal officers, and as they turned away from the MPD line, the officers fired additional tear gas at them. When Foley stopped to tend to E.X.F., who was suffering severe effects from the tear gas, and alerted MPD officers to their medical distress, the officers responded by ordering them to keep moving directly into a cloud of additional tear gas.

“George Floyd’s horrific death moved my daughter and me to attend the demonstration that day,” said Foley. “Instead of being allowed to exercise our rights, we were attacked by both federal and D.C. law enforcement without reason and without warning. We were there to make a statement against police violence and the police just ended up proving our point.”

Filmmaker Roddy Hafiz filmed Foley telling officers advancing towards him, with his hands raised, “there’s a child over here, she can’t breathe because of the gas.” E.X.F. is heard screaming and crying in the background.

“The video footage we obtained and the experience of Mr. Foley and his daughter directly contradict Chief Newsham’s assertions that D.C. police officers were not involved in the brutal assault on protestors the evening June 1,” said Scott Michelman, Legal Director, ACLU of the District of Columbia. “Just like on Inauguration Day 2017, and as with MPD violence at Black Lives Matter Plaza throughout the month of June, under Chief Newsham’s leadership MPD has shown no compunction about attacking demonstrators without regard to constitutional constraints on police conduct. D.C. officials have tried to distance themselves from the Trump Administration’s brazen assault at Lafayette Square but in fact MPD engaged in the same type of wanton violence as the federal forces.”

“The response of the Metropolitan Police Department to demonstrators marching for racial justice and against police brutality is appalling. In a city in which people march on a nearly daily basis, violence and suppression is reserved for Black demonstrators and their allies. This is one example in a pattern by MPD to target Black Lives Matter and other racial justice demonstrators” states Kaitlin Banner, Deputy Legal Director, Washington Lawyers’ Committee for Civil Rights and Urban Affairs.

Video of Foley and the line of MPD officers deploying munitions at protesters can be viewed here: https://www.youtube.com/watch?v=M8KpdWpRVvU. For broadcast or web use of this video, contact media@acludc.org.

Letter to the D.C. Council Regarding the Comprehensive Policing and...