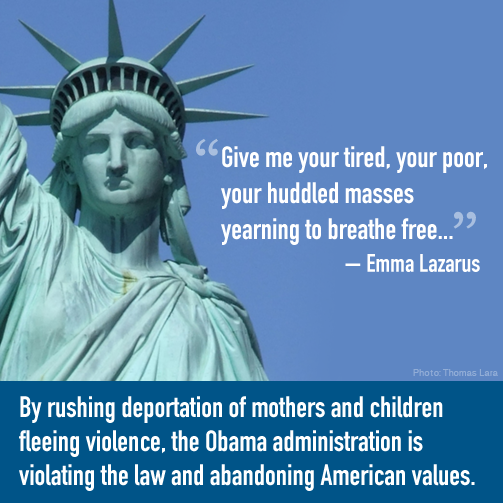 The groups filed the case on behalf of mothers and children locked up at an isolated detention center in Artesia, New Mexico — hours from the nearest major metropolitan area. The complaint charges the Obama administration with enacting a new strong-arm policy to ensure rapid deportations by holding these mothers and their children to a nearly insurmountable and erroneous standard to prove their asylum claims, and by placing countless hurdles in front of them.