Today the ACLU-DC filed three Freedom of Information Act requests on behalf of Cathy Young, the mother of D’Quan Young, who was shot by Metropolitan Police Department officer James Lorenzo Wilson III on May 9, 2018 in Brentwood. Ms. Young has repeatedly asked MD for details surrounding the death of her son and has been stonewalled for nearly three years. This is the third FOIA request she will file for this information.

D’Quan’s aunt, Michelle Young, talked to us about the information the family still seeks about his death.

Q: The details and circumstances surrounding D’Quan’s death at the hands of an MPD officer are still very unclear. Can you tell us what you still don’t know and are trying to find out?

A: I don't know what we don't know. There are different camera views that MPD has that we haven't been able to get access to or see. The [DC Auditor’s] Deadly Force study that they did on four cases the Metropolitan Police Department detailed [video] viewpoints the family wasn’t able to see. There are things that we learned in that report that we did not know. We didn’t know the report was going to come out. We didn’t know our rights were to have access to some of the information that was coming out.

Did [Officer Wilson] do CPR? Did he help him or assist [D’Quan]? There were reports that someone said [to D’Quan] “that’s what you deserve.” Was it the officer who said that?

We never heard the 911 tape. The police officer, if he did feel threatened, why didn’t he call for backup?

Why did MPD take the stance when it first happened that it was all on D’Quan? And they never really wanted to admit anything could have been done differently. And that’s all we asked: how could this be handled differently? What was the truth? What really happened?

A: There’s a lot of footage that went to the FBI that we did not see that came from the Brentwood Recreation Center. If you watch the footage on MPD’s website that they released, that footage that shows some of Brentwood’s camera but it doesn’t show all. From my understanding, there are other cameras in the neighborhood at that project that may have caught [something]. All I know is there are other angles, because in the audit report, it shows other angles.

We weren’t privy to if there’s video of the officer actually shooting, firing his gun, which I do believe there’s footage of that.

Q: How would you describe how you’ve been treated by MPD when you tried to get more answers about what happened to D’Quan?

A: Silence. When Cathy went up to [police service area] 5D to get the police report, I think some police officers thought something was not right with the case, and they offered their condolences. But if you read the incident report, it said, you know, “Suspect A ran into Police B and Suspect A pulled a gun and Police B shot him,” and that was it. We were told, don’t worry about it, the incident report will get updated later.

Other than that, it was just silence, from MPD, the Council. I think everyone was trying to distance themselves from the case, maybe because there was too much unknown at the time it happened.

Q. What are you looking to learn through the FOIA?

A: It would just set the scene for what that night was like. The 911 call. What was actually said, what did the neighbors say? What did the police officer say? The [surveillance] camera footage. The bodycam footage. There were officers that came to scene, and they had on bodycams, but you can only see what MPD wanted you to see.

The FOIA to me is important because it’s the first step, and it a step that… blocked [us] from taking any other action without getting any other information. It kind of left you hanging to know whether or not [the shooting] was justified. 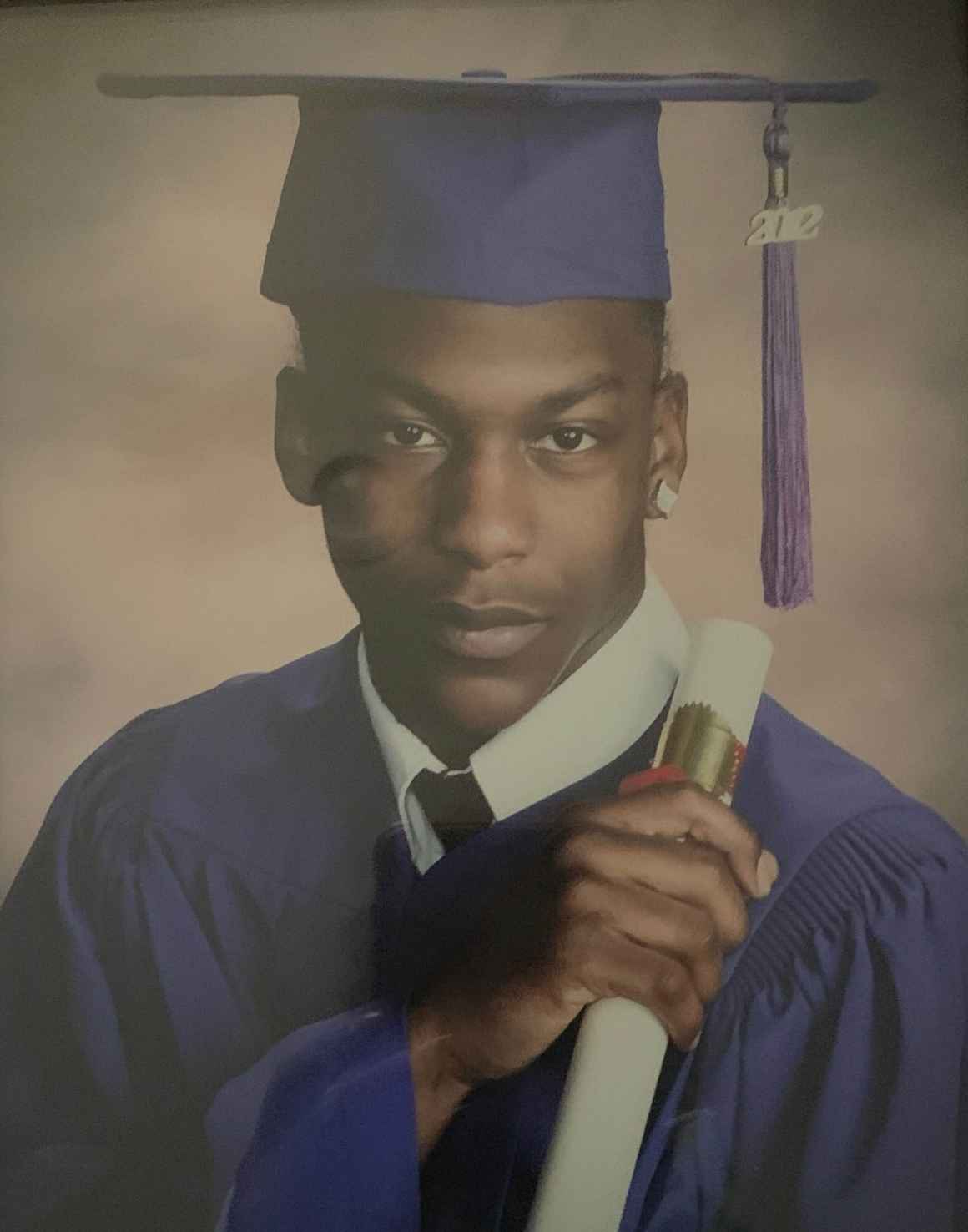 It’s the first step that anyone should have the rights to know about their loved ones…it’s our right to have our questions answered.

Q: How have so many unanswered questions affected you and your family as you still try to process your grief over the death of D’Quan?

A: it’s hard to complete the grief process. When you think you are almost over it, you get a phone call. So it’s almost like you’re living the trauma all over again. So then you have to ask yourself: what is it I should have done differently when it happened? Should I have immediately filed a lawsuit? Was it ever about that? So you start second-guessing yourself when you have a loved one who’s deceased. How could you have served him better? Can you hold the city accountable?

We’re talking almost three years later about the same things. We haven’t moved on. What do you do next? Where do we go from here?

My biggest question from when it started was this gentleman’s background. Had [D’Quan and Officer Wilson] crossed paths before? Was there more to it than just a chance meeting? I don’t know if that was looked into. I don’t know.

MPD’s Internal Affairs Division found Officer Wilson’s use of force was justified, and the U.S. Attorney’s Office for the District of Columbia declined to bring charges against Officer Wilson. However, a March 2021 report commissioned by the D.C. Auditor of four officer-involved shootings from 2018-2019 concluded Officer Wilson “violated MPD’s policy requiring de-escalation.”

OCTOBER 2021 UPDATE: The D.C. Office of Unified Communications, the Office of the D.C. Auditor, and the Metropolitan Police Department (MPD) all responded to Ms. Young’s FOIA request, and, while Ms. Young has received some of what she requested, she has not obtained all of it. In particular, MPD, though producing some of the documents Ms. Young sought, has failed to provide significant portions of the requested records more than five months that have elapsed since it received the request. The ACLU-DC intends to continue its efforts to press MPD to fulfill Ms. Young’s FOIA request.