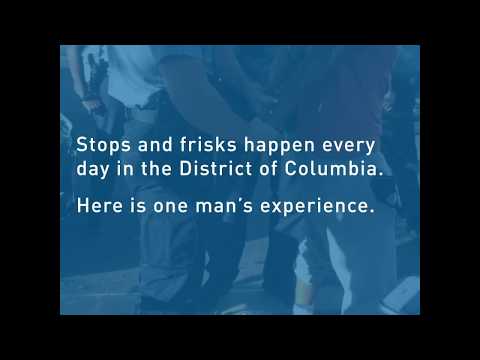 M.B. Cottingham is a 39-year-old African-American man who has lived in Southeast D.C. his entire life. For the past nine years, he has worked as an ice-cream vendor, selling frozen treats out of a truck. He has three children.

Late in the afternoon of September 27, 2017, in a peaceful encounter with D.C. police concerning an open container of alcohol, Mr. Cottingham gave Officer Sean Lojacono permission to frisk him. Ranging far beyond what should have been a limited pat-down for weapons, Officer Lojacono jammed his fingers between Mr. Cottingham’s buttocks and grabbed his genitals. Mr. Cottingham physically flinched and verbally protested, making clear that this highly intrusive search was not within the scope of the frisk to which he had consented. Officer Lojacono responded by handcuffing Mr. Cottingham and returning to probe the most sensitive areas of his person — two more times.

No warrant, probable cause, reasonable suspicion, or consent justified the scope of these probes, which were conducted in broad daylight in public and with no other discernible reason than to humiliate and degrade Mr. Cottingham and to display the officer’s power over him. The escalation of a low-level stop into a public body-cavity search was an affront to Mr. Cottingham’s dignity as well as his constitutional rights.

In July 2018, we sued Officer Lojacono for this violation of Mr. Cottingham’s Fourth Amendment rights. Like many African-American men in the District, Mr. Cottingham has endured intrusive police stops-and-frisks on a regular basis for years, and his experience is, we believe, emblematic of a problematic police culture in the District in which residents are too often disrespected and viewed as potential suspects rather than as community members and neighbors.

After the case was filed, MPD announced in September 2018 that it had begun the process of firing Officer Lojacono.

We are hopeful that this settlement payment by the District, combined with its decision to seek the officer’s termination, will send a strong message that officers must respect community members’ dignity and constitutional rights, and that police officials must be proactive in disciplining officers who fail to do so.