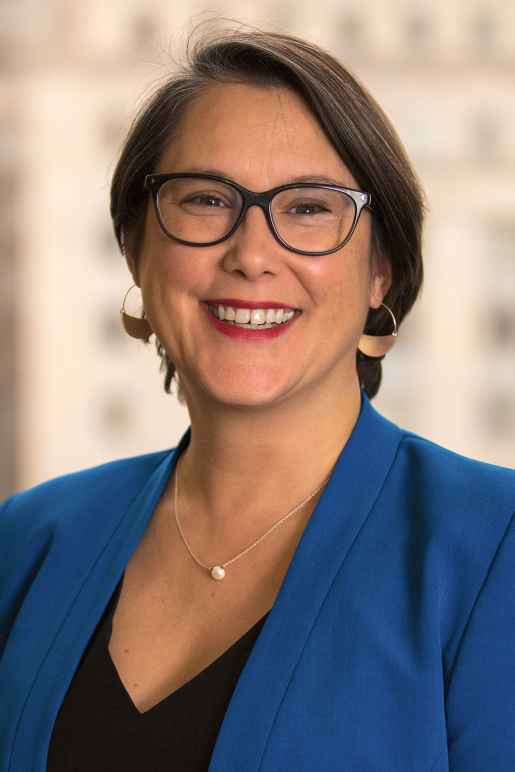 Monica Hopkins is the executive director of the ACLU of the District of Columbia (ACLU-DC). She took the helm of the D.C. affiliate of the American Civil Liberties Union in 2014.

Prior to joining the ACLU-DC Monica served as the executive director of the ACLU of Idaho from 2008–2014 during which time she oversaw sweeping statewide victories, particularly in the areas of criminal justice reform, LGBTQIA equality, immigrants’ rights and upholding the First Amendment. Prior to joining the ACLU, Monica had a held several executive and development positions in the nonprofit sector.

Under Monica’s leadership, the ACLU-DC has grown its capacity and reach allowing the organization to become a resource for all District residents. As executive director, Monica oversees substantive programmatic and advocacy efforts to defend and advance the ACLU-DC’s work on civil rights and civil liberties for the over 700,000 residents of the District of Columbia.

As the organization’s principal spokesperson she helps increase public awareness of the ACLU-DC’s work. Monica has been quoted by national radio, television, and print media outlets, including the Washington Post, the New York Times, the Atlantic Monthly, Al-Jazeera, Politico, and NPR.

Monica is a graduate of Boise State University. She is also a 2012–2013 Rockwood Institute LGBT Advocacy Fellow and currently serves on the board of the National Reentry Network for Returning Citizens.

Lack of Full Statehood Rights Continues to Cause Harm to the Health...