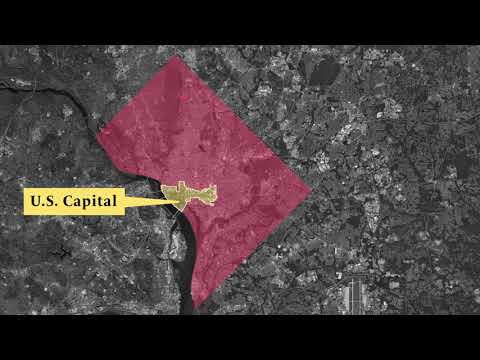 Washington, D.C. is the only national capital in the democratic world whose citizens do not have equal voting and representation rights.

The denial of full voting rights to the 700,000 residents of D.C., the majority of whom are Black and Brown, is an egregious example of ongoing voter suppression happening in our country today. The truth is that the continued lack of statehood to D.C. residents is rooted in racism. After the Civil War, just as Black voters started to exercise their political power in D.C., Congress replaced D.C.'s local government with federally appointed commissioners, blocking the heavily Black region from having full voting rights or control over its own local government.

People who live in Washington, D.C. are just like people who live in any other state in America. We are veterans, nurses, grocery store clerks, teachers, family members, neighbors, and volunteers. Granting D.C. statehood is needed, constitutional, and the only way to enfranchise the hundreds of thousands of Americans who have been wrongly denied their full voting rights for more than 200 years.

If you reside in a state outside of D.C., please take a moment to take action by contacting your members of Congress and tell them its time for D.C. statehood.

Want to learn more about statehood for D.C.? We thought so. You looked cool. Check out these frequently asked questions.

The Key to Winning Statehood is Each Other

Lack of Full Statehood Rights Continues to Cause Harm to the Health...

ACLU Endorses Statehood for the District of Columbia